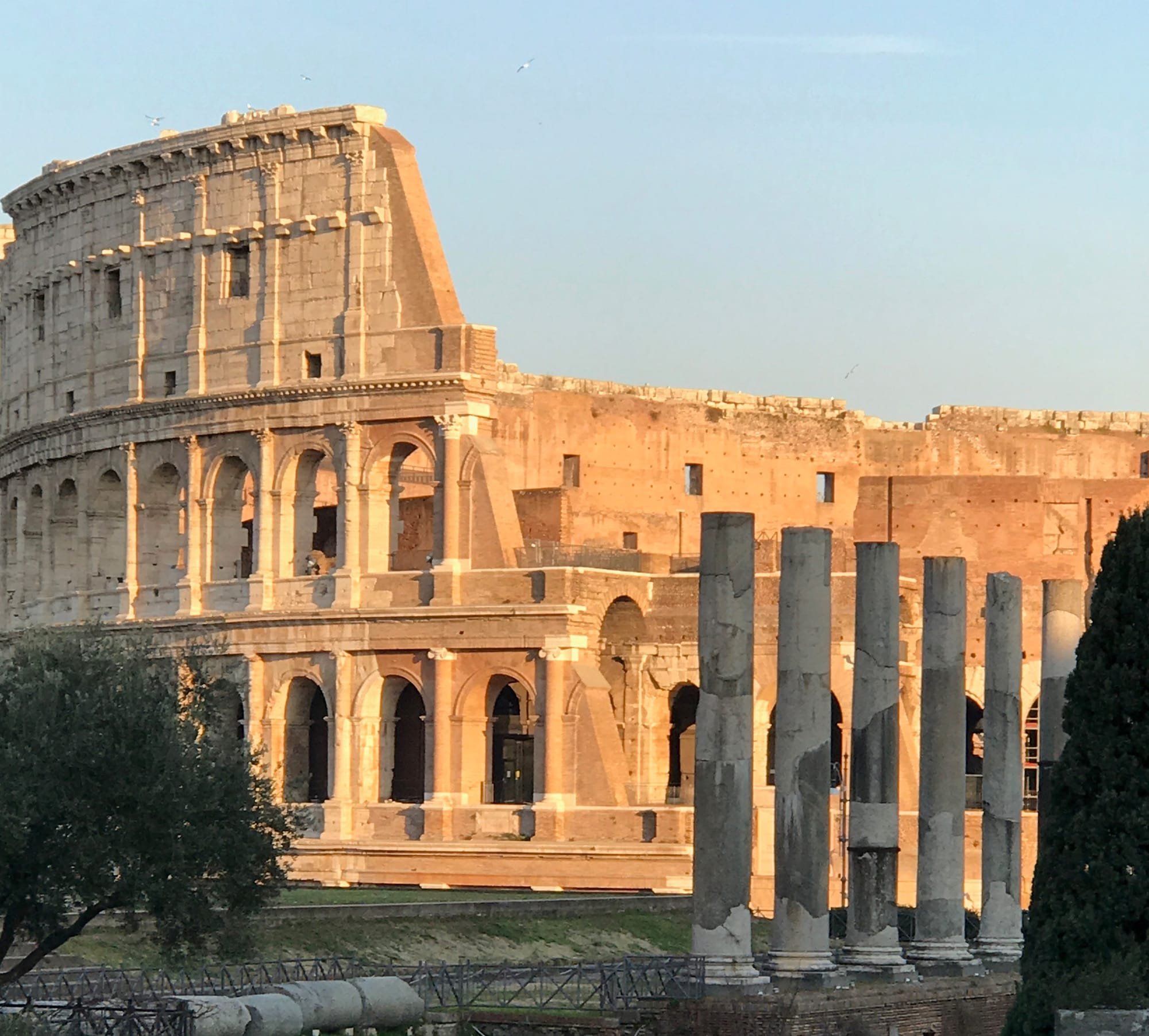 You were sitting on a discarded Roman column outside the Colosseum when I first saw you, wearing a blue t-shirt with My name is Daniel Vandenburg printed across the front, stone coloured chinos and a camera hung around your neck. In the midday warmth of spring in Rome a thick white cable-knit sweater was knotted loosely over your shoulders. While the other students around you, clad in trainers and faded jeans, grinned and japed for a group photo, you wrote in a notebook.

Rachael and I stood a few metres away from you, surrounded by a group of mangy feral cats that wafted and wound their tails around us in the forlorn hope of food.

Looking up, as if you knew you were being watched, you pushed your left hand through the mop of dark hair that flopped onto your forehead, and away from your face. It was a gesture that would become as familiar to me as the sound of my own voice. You glanced over towards us, but your eyes were hidden behind dark sunglasses.

I looked at her. Like a pre-Raphaelite model the delicate features of her pale face framed by rippling titian-red hair, her long legs were encased in tight jeans and a simple white t-shirt clung to her skinny frame. I had always wanted to look like her: to be like her. But I was the diametric opposite. At five foot five, I had grey eyes, a freckled nose and my mousey-blonde hair was cut into a short bob, which kicked up at the edges however much I smoothed it into shape. Boys often said that they thought I was pretty, but usually with their eyes focused on the area below my neck. Just as Mark Morgan had noted, my greatest and simultaneously most embarrassing asset was a curvaceous chest. That day I wore a long cerise-pink floral skirt with a loose white lacy blouse that concealed the bits of me I hated.

‘Sorry?’ I pretended not to have seen you. Standing next to Rachael it was obvious, at least to me, that you must have noticed her.

‘Over there.’ Rachael nodded in your direction.

‘Claire Verity, you can’t fool me! He’s just your type - the studious, romantic hero. Everywoman’s Darcy.’ She flashed you a broad grin. You quickly looked back down at your notebook.

‘Just shut up, Rachael.’ I stooped on the pretext of stroking one of the cats. My cheeks burnt, my heart thumped. ‘Get a grip, Claire.’ I muttered under my breath. It was absurd to feel like this. You were only a boy sitting on an ancient rock, after all.

And that was when I fell in love with you.

The Letter
Track One
Track Three