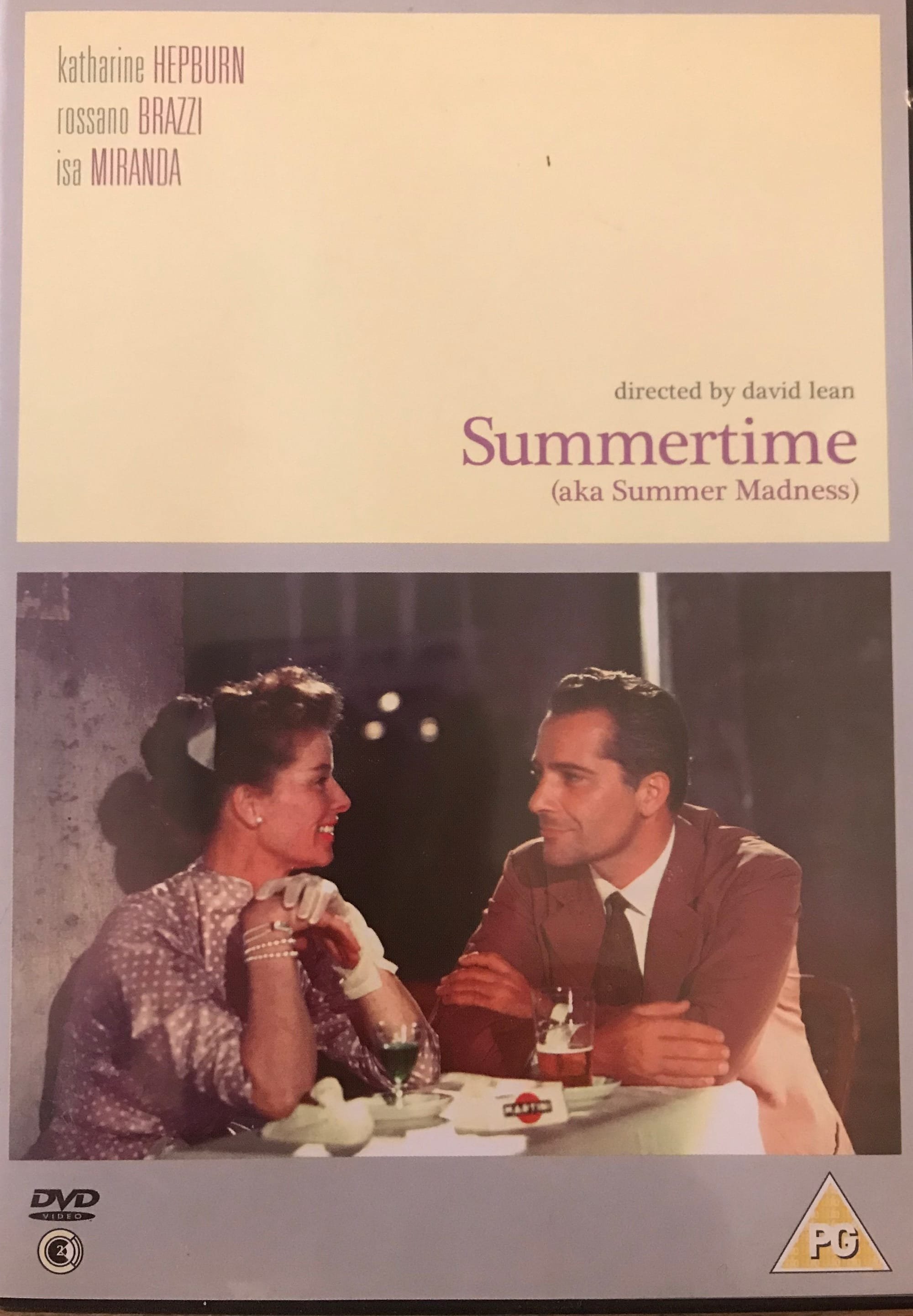 Just in time, panting and breathless, Rachael and I leapt aboard. The guard’s whistle shrieked, doors banged behind us in synchrony and the ten-past five train to Aston Chorley wheezed out of Manchester Piccadilly.

Ian, Steve and Bobby from the Boy’s school, the sister to Queen Elizabeth’s Grammar  which Rachael and I attended, had beaten us in our daily race from the bus stop. Blazers in a heap, ties stuffed into their trouser pockets and rugby kit bags strewn around the floor, they were already sprawled - feet up - over the British Rail red and grey striped moquette seats. A stench of stale mud, socks, sweat and Brut permeated the carriage. Hunched over a copy of New Musical Express, they were absorbed in a debate about the results of a readers’ poll which was dominated by the Sex Pistols and Bowie - aghast that Pink Floyd hadn’t even made it to the list. Looking up briefly, they nodded and grunted at us in acknowledgment, before returning to compare the merits of The Clash and The Jam.

I rolled my eyes at Rachael who shrugged and unstrapped her black leather briefcase. She took out a copy of Pride and Prejudice, a ring binder neatly sectioned with coloured dividers, a Parker fountain pen and began to make notes for the English essay we’d been set; “Discuss the importance of social class in the novel, especially as it impacts the relationship between Elizabeth and Darcy.” It wasn’t due to be handed in for another two weeks. I had a quick rummage through my shoulder bag to find the remnants of my packed lunch - a bruised apple and a Dairylea and tomato sandwich I’d hastily made that morning - my sketchbook, a pencil case bursting with chalk pastels and a copy of Jackie magazine. I had left my homework at school.

As the train clickety-clacked over the rails in monotonous rhythm, I gazed out through the murky windows at the rush-hour traffic choking the streets, brake lights scintillating like spinning rosary beads. Domino-shaped tower blocks shrank into the distance, giving way to dark mounds and necklaces of light twinkling like diamonds around the throat of the hills. The train entered the long tunnel beneath the moor, the track running parallel with the canal, and I was engulfed by a familiar sense of suffocation. Like the wings of a canary trapped in a mine, the nearer we got to home, the faster my heart fluttered in my chest. I was dreading the moment I’d have to reveal the results of my History mock ‘O’ level. Rachael had an A star - I’d only got an A minus. I already knew how my mother would react.

‘How did you escape again?’ I found Shandy, our beagle-terrier-mix-up sitting on a bench next to Bill, the elderly guard at Aston Chorley station.

'He’s a bit early today, love. Been ‘ere for about an hour. I’ve given him a biscuit or two,’ he smiled.

‘It’s summat and nowt,’ he muttered and straightened his cap.

‘You’re a naughty dog,’ I bent to kiss Shandy’s nose and ruffled his ears. He licked my face and whipped his tail in uncontrollable delight. ‘Come on. We’d better get going.’ I unwrapped my school scarf and threaded it through his collar. ‘See you tomorrow Rachael,’ I shouted over my shoulder as she headed off to the car park where her mother waited.

‘Don’t forget to give your mum the letter,’ she called back.

As the tail lights of the train receded Bill watched us over the wooden rail crossing to the opposite side of the tracks.

On our familiar route home, we met Mrs Mullord with Crackers, her miniature black poodle, who was now as wobbly on his pins as his eighty-year old owner. She was on her way to post a letter. The dog gave me a toothless grin of recognition before growling at Shandy who was attempting to sniff his nether regions. I’d known Mrs Mullord since I was a little girl when she’d invite me to visit her, to play with Crackers and dress him up in a collection of coats and co-ordinating diamante collars and leads. She’d make us both a cup of tea and I’d sit cross-legged on the floor as she fired my imagination with stories of her beloved, long since deceased Arthur and their honeymoon on the Venice Simplon-Orient-Express.

‘I’ll take that for you, if you like, Mrs Mullord? I’m going past the post box anyway.’

'That would be such a help, my dear. Thank you.’ With a wave of her gloved hand she and Crackers shuffled off towards her cottage.

I stopped again at the village shop to collect the evening paper from Mrs Goodchild who was closing up for the day, posted Mrs Mullord’s letter just before the last collection and passed the phone box - its door was wedged open and a boy smoked inside - before reaching the row of semi-detached properties at the far end of the village where we lived.

My mother was marking school books at the dining room table.‘Mum…I’ve got something to…’

‘Not now, Claire, I’m busy,’ she dismissed me with a flick of her wrist. I took the letter out of my blazer pocket. ‘Can you get the tea on.’

It was an instruction rather than a request. As Deputy Head of the village primary school I think she sometimes forgot that my dad and I weren’t members of her staff.

I left the envelope on the table next to her, then went into the kitchen with Shandy who pranced around my heels in anticipation of his pre-dinner treat. I filled the kettle and as it banged and boiled I couldn’t quite make out my mother calling, ‘Did you get any exam results today?’

I carved the cold lamb from yesterday’s roast, slipping some into the dog’s bowl, chopped tomatoes, shredded lettuce, sliced cucumber and arranged the salad on three plates. Then I peeled potatoes and cut them into chips which my dad would cook when he got home from work. Glancing up at the clock on the wall, garish orange with white plastic numerals and a clicking battery, I guessed that he’d be back in an hour. I remembered to get the Branston pickle out of the cupboard before retreating to the sanctity of my bedroom with Shandy, as I did most evenings, to wait for him.

My bedroom was a girl’s dream - at least I thought so at the time. I had chosen all the décor myself. The walls were papered with blowsy peonies, the doors and skirting painted in a matching shade of lilac gloss and faded rose damask curtains hung from floor to ceiling in theatrical swathes. I wasn’t allowed to put up the magazine pull-outs of Starsky and Hutch, John Travolta and the Bay City Rollers which Rachael had on her walls, instead I had a picture of Rossano Brazzi stuck on the mirror above my dressing table with Sellotape. It was a still from Summertime which I’d found in an old copy of Good Housekeeping. Rachael and I had watched the film one rainy afternoon last summer and I had instantly fallen in love. I can still clearly remember that image of Renato, Brazzi’s character, sitting in a café in San Marco, admiring an unworldly and oblivious Jane Hudson from behind. He wore a pale grey suit with a spotted tie, his dark hair brushed away from a handsome tanned face. I thought he was to die for.

I settled myself on the bed, propped up on pillows against the velvet padded headboard, took out my sketchbook and pastels and started to copy the flowery patterns on the wall. I was doing an Art ‘O’ level, which my mother thought was a complete waste of time, but I loved it. On my bedside table was a small pile of art books about Turner, Gainsborough and Monet which my dad thought might inspire me. I was seduced by the colours, textures, and deftness with which they could evoke the light. In the summer holidays I’d set off with Shandy, a picnic which we shared, and my sketchbook to the hills above the reservoir where I’d spend hours making smeary images of the pinky heathers and the clouds which tumbled across the skies. Looking back now, with the benefit of many years’ hindsight, I think I was always predisposed to Romanticism, long before I knew the real meaning of the word, or before I met you.